Superheroes have arrived to aide in the Botpocalypse! 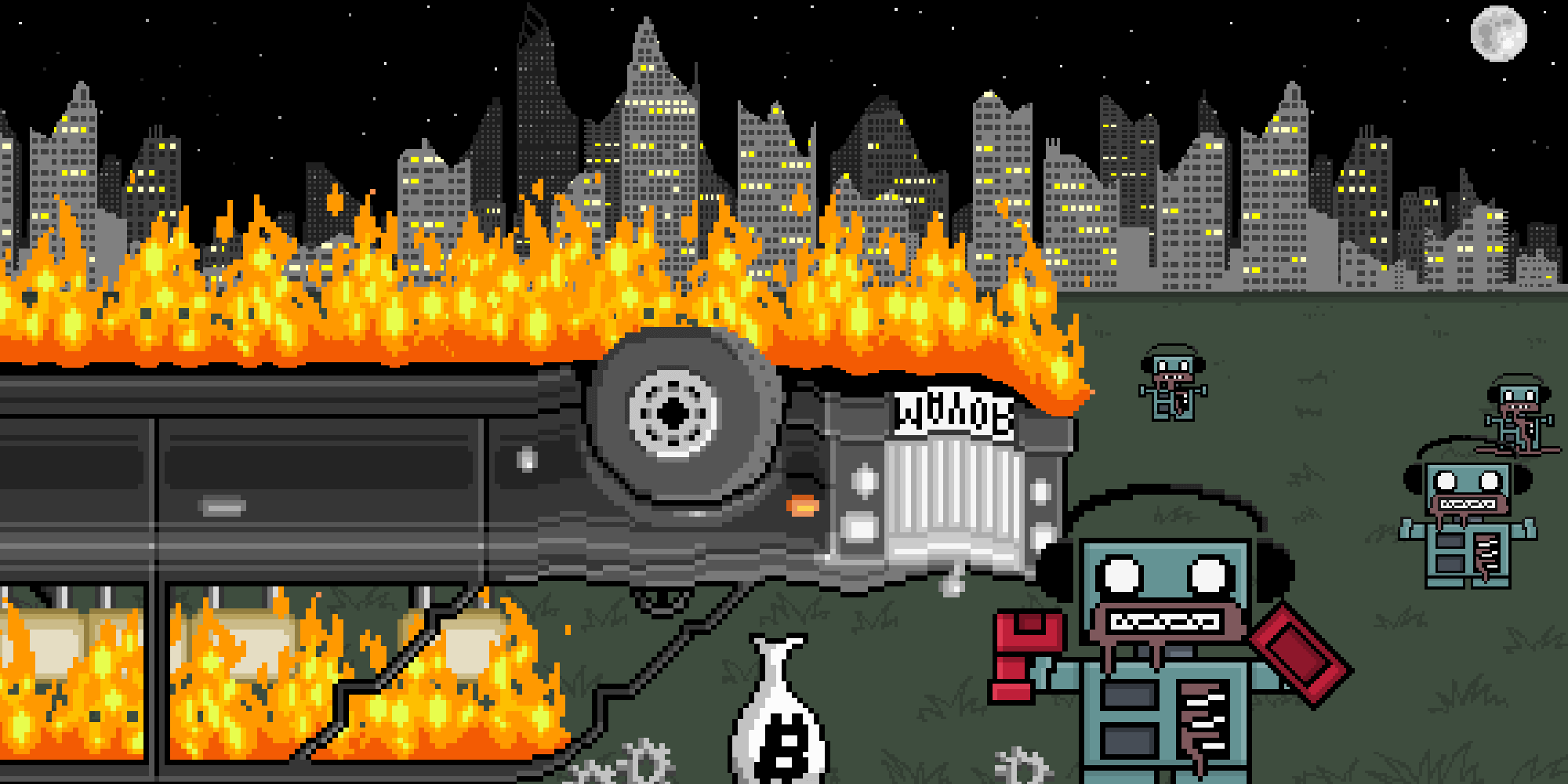 Botropolis is under siege. Will you join in the fight and defend?

Heroes Con is around the corner and what a better way to celebrate then to add superhero themed bots to Botpocalypse! We have been working on this update for a few months and are proud to share some of the details with you today. The update will come out in early June.

With this update we will be adding four superhero bots. Each bot will have their own new special abilities (a first for the series) and can be unlocked for various amounts of coins in game.

A preview of Superbot and Batbot.

Superbot's special ability is laser vision. When you shoot the lasers from his eyes they will travel to the bottom of the screen eliminating any, and all, bots in the way. This is especially useful later in each round to rack up copious amounts of points.

Batbot's special ability is the botarang. When thrown, the botarang will bounce off of up to three bots. If you time the botarang correctly, you can clear the entire screen in just a few seconds.

A preview of Captain Botropolis and Ironbot.

Captain Botropolis is the hero of Botropolis. He is nearly immortal and wields a mighty shield. When the shield is thrown it bounces off of up to three bots until it returns to him.

Ironbot is the fastest of them all. His special ability is the botpulsor. He can shoot energy from both hands. This means that if you press the ability button fast you will be shooting non-stop energy blasts. This will make it very hard for the enemy bots to reach you!

If this update interests you, make sure to check out Botpocalypse on both the App Store and Google Play.